What are FFC, BTB & Flying connectors and their role in PCB Boards?

The FFC connector is an advanced version of the card edge connector.

The FFC connector was developed from a card edge connector for rigid substrates, specifically for flexible substrates. The basic structure of an FFC connector consists of soldering the connector to a rigid board and directly inserting a flexible board into it to form an electrical connection.

Early FFC connectors were bulky with a terminal pitch of 2.5mm or 2.54mm and a height of 5.0mm or more, and the terminals were soldered by inserting them into through-holes. However, as high-density mounting in mobile devices progresses, FFC connectors are becoming smaller.

Recently, the terminal pitch has been reduced to 0.25mm and the mounting height to 0.7mm. Of course, it is a surface mount type. It can accommodate the highest density flexible substrates of its kind. However, as the circuit density increases, the pads on the flexible substrate are not arranged in a single row, but in a staggered pattern with two rows. 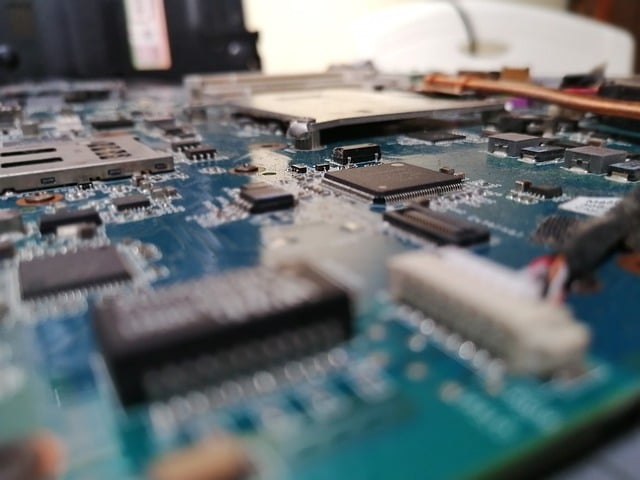 When the terminal pitch becomes less than 1.0mm and the number of poles increases, it becomes difficult to insert and remove the flexible board reliably. Therefore, many connector manufacturers adopt ZIF (Zero In Force) structure.

In the ZIF structure, the housing of the connection part is openable so that it can be attached and detached without applying a large amount of stress to the flexible substrate. The connector insertion part of the flexible board is basically a single-sided circuit, and a reinforcing plate is attached to the back side to adjust the thickness.

Can be put on and taken off up to 10 times

Due to the ZIF structure, it is difficult for a large force to be applied to the flexible substrate, but even so, it can be reliably attached and detached up to about 10 times.

BTB connectors for hard substrates have made great progress on flexible substrates.

BTB connectors were originally put into practical use for the main purpose of electrically connecting a small rigid board to a large rigid board and at the same time mechanically fixing them. The application of this technology to flexible substrates led to significant development.

Reliability is Improved with one Set of Male and Female

Miniaturization and Higher Density are Progressing

As the high-density mounting of mobile devices progresses, the miniaturization of BTB connectors also progresses. Recently, the terminal pitch has been reduced to 0.5mm and the mounting height to less than 1.0mm. Of course, it is a surface mount type.

Compared to FFC connectors, BTB connectors have a larger terminal pitch and larger shape. Also, since the male and female are a set, the cost of the connector itself is also high, and there are two soldering points.

Can be put on and taken off up to 20 times

Since the connector itself is light, there is no need to mechanically fix the connector if it is a standard flexible board. It is often used for large modules such as keyboard switches and touch panel switches.

Flying connector terminals are designed to mechanically bite into the insulation layer and make contact with the conductor, eliminating the need to remove the coverlay from the connection. However, a special applicator is required.

Since there is no high-temperature process such as soldering, it can be applied to PET film-based flexible substrates that do not have heat resistance.

Easy to handle with a housing

A plastic housing is placed over the terminals attached to the flexible board. Although the thickness of the housing is as thin as 2.5 mm, it is robust enough for workers to easily attach and detach by hand.

Flying connectors are designed to withstand hundreds of mating and unmating cycles, depending on the connector manufacturer.

The configuration of the flexible substrate is fixed

The configuration and specifications of flexible substrates that can be used with currently available flying connectors have been decided. The thickness of the base film is 25 µm or 50 µm, with circuitry on one side.

The conductor can be 18 µm or 35 µm thick copper foil or printed silver ink. The circuit pitch is 2.5mm or 2.54mm. The number of poles is determined by the housing that can be used.

Dimple connection for easy attachment and detachment of multiple poles

Dimple connections were originally put into practice for connecting disposable ink cartridges in inkjet printers to flexible substrates. There is no dedicated connector.

Small dimples (hollows) are formed on the back side of the pad part of the flexible board to be connected, and the bumps (projections) formed on the front side come into contact with the mating hardboard or device pad part for electrical connection.

If you apply gold plating to the contact part of both, you can repeat desorption as many times as you like.

With the dimple connection, dimples can be arranged in a two-dimensional array, so even with a pad pitch of about 1mm, it is possible to repeatedly connect and disconnect dozens of poles or more in a space of about 1 cm2.

Since there is no thermal process, PET-based flexible substrates can also be used

Dimple connection does not require high-temperature processes such as soldering, so it can be applied to PET-based flexible substrates with low heat resistance. This is an effective way to keep costs down when large flexible substrates are required, such as print head cables for printers.

Cost can be reduced by mass production

Dimple connection requires custom-made dimple processing and gold plating on the flexible substrate, so a special mold must be prepared. Although it costs extra, the unit cost of manufacturing flexible substrates will drop significantly if mass production is used.