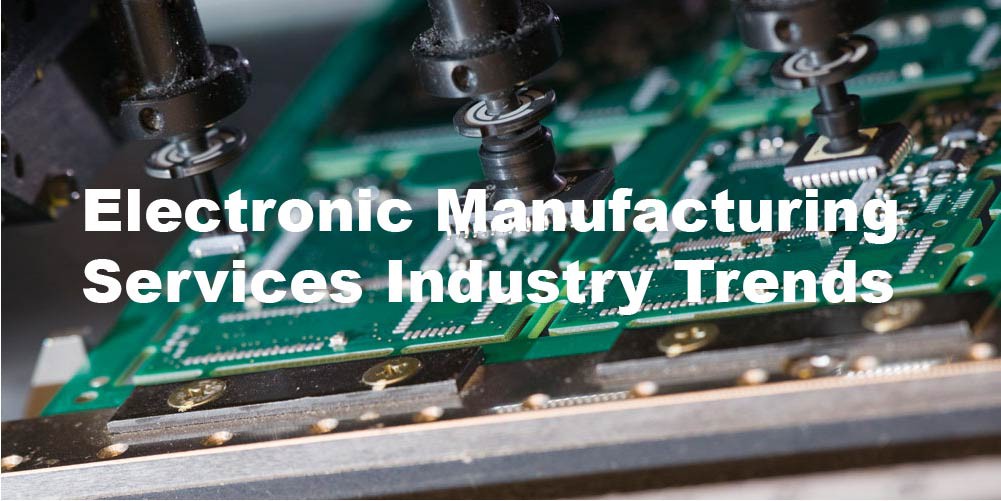 The Electronic Manufacturing Services Industry only truly became a profitable business around the 1970s, when Solectron, a company that would provide custom parts for other companies, including printed circuit boards and other necessary parts for high-tech products. This allowed companies to focus on product design rather than spending additional money and resources on building and shipping their own parts. From then on, electronic manufacturing continued to be a profitable business up until the present. This article will focus on the specific eras and trend of the EMS industry, starting with back in the 1970s.
In 1977, printed circuit boards were heavily in demand, yet expensive and inefficient to make if a company did not have dedicated facilities for producing then. Due to this, many independent manufacturing companies popped up, beginning the trend of electronic manufacturing services. The industry would remain pretty much where it was, with some minor improvements, but nothing too big changed until the 1990s.
Near the beginning of the 90s, printed circuit boards were able to be manufactured with more efficiency than ever before, due to SMT or Surface Mount Technology, which let the various components of PCBs to be assembled by mounting the parts onto the PCB. However, the ease of constructing new boards meant that companies sometimes did not need to outsource their manufacturing, which led to a decline of the market. In an effort to maintain relevance, many electronic manufacturers would try to take a larger share of the market, and maintain a monopoly on EMS by buying smaller companies.
Also Read: PCB Analysis Solutions, What You Should Know

Today, the Electronic Manufacturing Services Industry is still a profitable business venture. Top manufacturers include FIH Mobile and Foxconn, who has worked on contracts from Apple among many other top technology creators. As the demand for PCBs and other electronic components grow, the industry of EMS will also thrive, bringing a new trend of electronic manufacturing.
Because the EMS industry has only been around for about 50 years, there have not been many extreme changes in the trends. However, the technology behind EMS will continue to grow, which may lead to either the industry becoming more widespread as more specialist companies arise, or the industry declining as organizations who relied on third party manufacturers before now have the capabilities to put out their own parts for their products.
Whatever happens to the Electronic Manufacturing Services Industry, it is important to look back at the history of the market, which has led the many long-time PCB producers through many different phases: from busy and profitable periods of time to frantic years of buying and selling in an effort to remain on top of the market. The future of the industry may lead to a relapse into one of those phases, it may remain where it is now, or it may bring around an entirely new phase. Whatever new steps the industry takes, it it sure to rely on innovations in technology manufacturing, and the steps that first and third party manufacturers take to ensure efficiency and quality in their products.