What is Prepreg and Core in PCB

According to Rush PCB USA, for multi-layered boards, PCB prepreg and cores are interchangeable, as both are very similar in some ways, and different in others. Basically, the core is one or more prepreg laminates that the fabricator has pressed, hardened, and cured with heat. This core also has copper foil plated on each side. Usually, the prepreg material is glass cloth, impregnated with resin. The resin is hardened, but left uncured.

PCB manufacturers use the prepreg as a glue to hold core materials together. For instance, when the fabricator must stack two cores together. They stack the two cores on either side of a prepreg laminate, and expose this stack to heat. The heat causes the resin to melt and start bonding to the adjacent copper layers. As the resin cures, it crosslinks, and the resulting material properties of the resin starts to approach that of the core layers.

The glass cloth in the resin material of the prepreg has a weave very similar to that of a yarn. Depending on the type of prepreg requiered by the application, the glass weave may vary — tight weave (7628 prepreg) or loose weave (1080 prepreg). The gaps and homogeneity in the yarn determine the electromagnetic properties of the prepreg. This becomes responsible for the dispersion, losses, and other characteristics affecting the signals in the board.

Manufacturers refer to the copper-clad core board as the core, and this is also the base material for creating a PCB. It has a specified thickness, hardness, and a defined thickness and type of copper on it. Basically, a combination of prepreg and core forms a multilayered board. 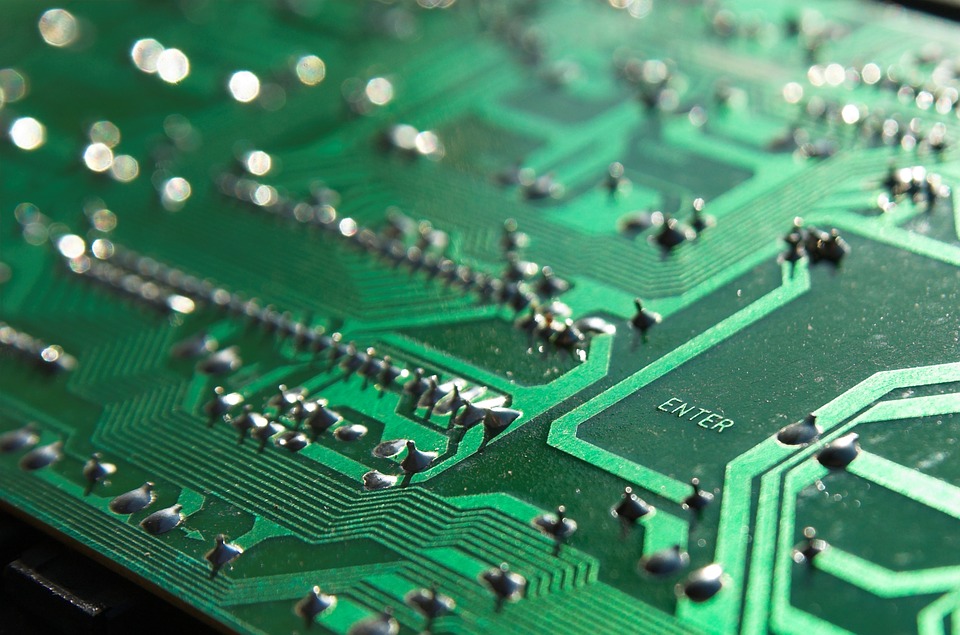 What is Core in a PCB?

As stated earlier, the core in a PCB is prepreg that has been pressed, hardened, and cured with heat, along with a copper foil on both sides. The core typically uses glass-reinforced epoxy laminate sheets of FR4 layer with copper sheets.

Wha is Prepreg in a PCB?

When the fabricator must sandwich two cores together, or a copper foil on to a core, they use a dielectric material or prepreg in between to insulate and bond the two copper foils. The prepreg provides the required insulation. Fabricators refer to it also as a binding material, as it binds the copper foil to a core. Depending on the dielectric properties necessary in the final application, the fabricator can modify the type of prepreg they will use.

Difference Between Prepreg and Core

PCB prepreg and core have many similarities and differences. The core is essentially one or more prepreg laminates that the fabricator has cured and hardened while pressing with heat. They also use it to bond two copper foils on either side of the core. This forms the copper clad core of the PCB.

Fabricators also use prepregs to bond additional copper foils to those of the copper clad core, or to bond two copper clad cores together. They stack two copper clad cores on either side of a prepreg laminate and expose the stack to pressure and heat. The heat melts the resin and it starts to bond with the adjacent copper layers. The resin starts crosslinking, and begins to gradually cure. Ultimately, its material properties start to approach that of the core layers.

If the fabricator wants to develop exact impedance matching boards, the situation can become a problem. This is because the dielectric constants of the surrounding materials determine the effective dielectric constant that the signal on a track will see. This is due to the disparities between the prepreg and the core materials.

Prepreg and Core in Multi-layered Boards

Prepreg and Core in Complex PCBs

In complex PCBs, fabricators must also use complex prepreg layers. They must also use various types of prepreg for achieving the specified thickness of the board. However, not all core and prepreg materials are compatible with each other. If the fabricator uses core/prepreg stacks that have very different dielectric constants, they will find it very difficult to predict the exact dielectric constants and losses in the interconnect.

Various Types of Resins in Prepreg and Cores

At high voltages, leakage current and creepage can be a concern in a PCB. There is also the electromigration of copper and growth of conductive filaments that reduce the creepage specifications in FR-4 materials. The above problem and the need to increase the decomposition temperature and glass transition temperature has led to the increasing use of non-DICY or non-dicyandiamide resins in FR-4 laminates and cores.

Use of phenolic resins offer higher glass transition and decomposition temperatures compared to DICY resins. They also provide higher insulation resistance after the fabricator has fully cured the resin.

According to Rusn PCB USA, for multi-layered boards prepreg is rather a necessity apart from being only an essential part of the printed circuit board manufacturing process. Without the prepreg being present, there is nothing to hold the various layers together. Therefore, prepreg and core form the two major parts of a PCB. Also, the core has copper tracks on its two sides. However, the core of the PCB holds together because of the presence of the prepreg.

Capabilities
QUICK LINKS
GET IN TOUCH
What are Dielectric Call-outs?PCB
Advantages of Ceramic PCBsPCB