PCBs for Wearables and Ubiquitous Computing

The surge in popularity of fitness trackers and devices in the last few years has led to eminent PCB manufacturers such as Rush PCB produce Flex PCBs for wearable technology. The huge demand for smaller and lighter products has brought more focus on fulfilling the technical requirements through flex PCBs.

Applications in the medical sector offer an understanding of the scale of this opportunity. According to a report from the Global Industry Analysis, the US market for wearable medical technology itself is projected to be around $4.6 billion in value by 2020. The report says the major contributors to this trend is not only the growing number of diabetic patients, but the recent and future developments in flexible electronics benefiting innovation in wearable devices—implying more capabilities from the flex PCBs. 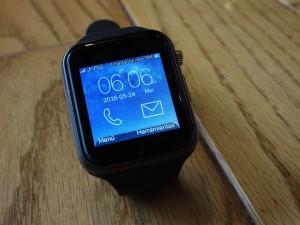 For this reason, Rush PCB has been pushing its experience with flex PCBs—from selecting the most suitable materials to achieving lines and spaces that are finer. They understand the challenges to both the designer as well as the supplier of coming up with the perfect flex PCB for a wearable application, whether entertainment, medical, or for some other vertical. That is the reason for Rush PCB going all out to ensure their flex PCB will properly support wearables in the rapidly growing market.

In a recent interview, an expert on flexible circuits from Rush PCB talked about some of the top emerging use cases for wearables including those designed for medical professionals and military personnel. Apart from being used in heart monitors, the latest flex PCBs from Rush PCB were evolving for applications including advanced wristwatches that will keep tabs on the respiratory and circulatory system of the wearer, sending data back to the relevant cardiologist.

The above implies that as the common flex application grows smaller, the PCB inside grows correspondingly tinier. This is the major cause of the significant challenges the designer and manufacturers face.

As the devices shrink in size, they are challenging the manufacturers to go for fine lines and spaces, thinner base material, and thinner copper. The demand for very thin, very small form factors is pushing the PCB manufacturers to their limits.

In this connection, Rush PCB has been experimenting with non-mainstream copper for use in flex PCBs. This will allow working around some limitations of the traditional alloys traditionally used. For instance, copper can become brittle over time, even when bent in a decent radius, and develop microcracks. Rush PCB is also experimenting with buildup copper rather than rolled copper in which the direction of grain is defined. Apart from addressing the issue of microcracks, buildup copper also helps achieve finer traces and lines. However, Rush PCB is yet to decide which of the two type of copper is more robust.

Most electronic circuitry require a rigid plate such as a PCB for connection and operation. However, the human body is highly flexible. Therefore, wearable medical devices need a mix of the two, which Rush PCB fulfils with its Rigid-flex PCBs.

The burgeoning wearable device market is increasing the demand for rigid-flex PCBs, as these combine the requirements of the flexibility and the rigidity of both the human body as well as the electronic components.

The healthcare industry is the largest segment of the market where wearable devices are making a mark. Apart from personal health use, wearable devices are being used for collecting several varieties of physiological data for study and diagnosis. For instance, wearables are available for monitoring muscle movement, ECG, glucose, blood pressure, heart rate, and more.

It has been the experience of eminent manufacturers such as Rush PCB that designers as well as fabricators face unique problems in flex and rigid-flex design and manufacture, most of which they do not face when working with rigid boards.

Although every PCB has three dimensions, flex and rigid-flex boards offer the ability of the entire assembly to bend and be folded to conform to the package of the product. Typically, the assembly requires the flexible circuitry to be folded so that it fits within the product package, occupying the space reserved.

This foldable design brings additional challenges, which go beyond connecting the rigid parts. The designer must arrange the bends precisely so that boards will line up to the location where the designer intends to mount them, while ensuring the connection points do not come under extra stress. Engineers at Rush PCB no longer use the traditional paper doll models for simulating the PCB assembly. Rather, they use modern Computer Aided Design (CAD) tools providing 3-D modeling of the rigid-flex assembly. The latter technique not only allows much higher accuracy, it also allows a faster design turnaround.

The new compact flex and rigid-flex design make the wearable small enough to attach directly to the patient with only a few necessary external links. They are now complex enough not only to collect a variety of data, but also provide some local analyses.

Such additional requirements for making the wearable device unobtrusive enough to allow direct attachment to the patient, requires the flex PCB to be complex and its layout to be dense. Moreover, the board shapes often have to be either circular or of unusual shapes, which requires the designer make clever placement and routing. Engineers at Rush PCB use the latest PCB CAD tools optimized for rigid-flex designs to design such small and densely-packed boards, and it also makes it easy to handle the odd shapes.

Flexible circuitry is necessary where bending the flex gives final shape to the assembly. However, bending produces stresses in the flex, which the designers at Rush PCB avoid by using curves or piecewise-linear curves rather than using ninety-degree bends on traces. They also ensure traces on double-sided flex are staggered, and do not run on top of each other, to improve the flexibility. As flexibility of the substrate may lead to delamination over time, designers also use teardrop shaped pads rather than circular pads. The additional material provides greater strength to the pad, thereby avoiding delamination.

Ubiquitous computing is bringing the latest in lifestyle using mobile devices and inexpensive sensors. It is entering almost all aspects of human life, for instance, education, healthcare, personal communication, entertainment, and many more. With more than four and half billion active mobile phones all over the world, even the most mundane appliances can be transformed into smart devices.

Rush PCB makes prototype PCBs for ubiquitous computing, where their engineers examine the design, implementation, use and the usability of newer interfaces. These include human computer interface, privacy, and networking of devices and people, along with the physical characteristics and limitations of the devices. For this, they need to consider the form factor, power consumption, and heat dissipation.

For instance, research in electronic textiles (e-textiles) is considering integration of ubiquitous electronic and computational elements into fabric. The challenge is in the design, engineering, and construction of traditional hardware components such as flex PCBs to attach them to textiles. This requires design of fabric PCBs or iron-on circuits for attaching the electronic components directly to the fabric substrate.

The next challenge is to use electronic sequins for creating wearable displays and other artifacts, and using socket buttons for facilitating connecting pluggable devices to textiles.

Rush PCB has a long-term experience in manufacturing flex and rigid-flex PCBs used in wearables and ubiquitous computing for portable devices mainly used for carrying on the human body, in head-mounted displays, or in e-textiles. As wearable applications advance and become more widespread, Rush PCB is bound to keep pushing the envelope with their flex and rigid-flex PCBs.

Recent Posts
Follow us on
Chat With Us
Help Desk Software
Capabilities
QUICK LINKS
GET IN TOUCH
High-Density Interconnect and Miniaturization in PCBsPCB, PCB Manufacturing
Trends in PCB MaterialsPCB