Fabricators of printed circuit boards (PCBs), such as Rush PCB Inc., know that throughout the working life of PCBs, the bonding between the copper traces and the laminate is very important. Copper pads or traces detaching and lifting off the board may be damaged easily, and cause the board to fail. In applications where the device is likely to fall, such as in mobile phones, the requirement is the board has to resist a one-meter drop test. For low peel values, the G-shock of such a drop can cause devices to pop off the board along with the pads. 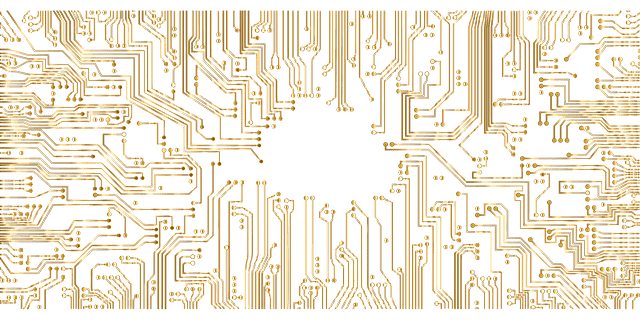 A combination of chemical and physical bonding allows copper to adhere to the laminate material. The natural tooth structure of ED copper foil formed during electro-deposition and its modular treatment gives it a locking mechanism, which the resin uses to coat and encapsulate. The bond is enhanced if the copper foil has been chemically treated. Fabricators treat foils with proprietary silane or other treatments, as this chemically enhances bonding to a variety of resins. However, all copper finishes do not work equally well with all resins. For achieving good bonds, it is critical to optimize the lamination process and select the proper foil finish for each resin system.

Resistance to Chemicals and Heat

Laminate materials such as Teflon and Polyimide can resist varying degrees of chemicals and heat. They usually have excellent tolerance to attack from various etching and plating chemicals. They can also withstand temperatures as high as 260°C without damage for prolonged periods. However, the bond between the laminate and the copper foil that will ultimately be the circuitry on the finished PCB is somewhat more delicate. Oxidation under the foil and shear from thermo-mechanically induced forces are the major causes of failure of the copper bond.

Also Read; What You Should Know About Flex and Rigid Flex Circuit Board Manufacturing

Taking the path of least resistance, oxygen diffusing under the foil at the base of an etch line can start to further oxidize the copper interface. This typically happens when the PCB is exposed to high temperatures. Eventually the copper surface at the interface largely turns into a very weak black cupric oxide. This weakens the bond and it fails when stressed mechanically of thermally. Examining a peeled copper trace under a microscope usually shows a reduction of the bonded width as a result of prolonged thermal exposure.

It is not easy to predict the temperature levels and duration that causes the oxidization. However, start of oxidation is usually prevented or delayed with the use of conformal coatings that act as barriers to oxygen diffusion, or when the PCB assembly is used under inert gas blanketing, rather than being exposed to air. Long exposure to elevated temperatures also extends the service life of boards greatly, such as during burn-in for boards with exposed pads-only on their surface.

As the temperatures cross Tg, the glass transition temperature, epoxies or thermosetting polymers may soften and thereby lose their bonding capability, causing copper pads to lift off the epoxy board easily during field solder repair or rework. However, this problem is not prevalent among polyimides, as they rarely exceed their Tg temperature during soldering. Additionally, the use of newer, lead-free solder systems aggravates the issue, and it becomes critical when devices on the board need to be removed and reattached.

At Rush PCB Inc., we use several copper treatments to reduce the effects of secondary oxidation attacks, and to enhance the copper bonding. In addition to the normal structure of the grain, we treat the copper foil to enhance the growth of copper nodules that act as bonding teeth. Light oxidation and a subsequent treatment such as a deposition of nickel, zinc, or brass, followed by a treatment of chromate conversion or other oxidation inhibitors are usually successful in reducing subsequent oxidation attacks.

Also Read;   PCB Testing: Why is it Important?

Capabilities
QUICK LINKS
GET IN TOUCH
What You Should Know About Flex and Rigid Flex Circuit Board ManufacturingPCB, PCB Manufacturing 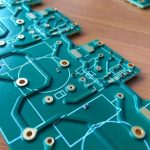