At Rush PCB Inc, we undertake functional testing of printed circuit board assemblies. For this, we use an FCT or functional circuit test fixture. This forms a part of our quality control environment. Using an FCT fixture, we can evaluate a PCB assembly in a powered-on mode, and in an application capacity. We achieve this by designing circuitry in these fixtures replicating the end-use application. We ensure the subsystems perform the necessary functions after confirming they operate as intended. 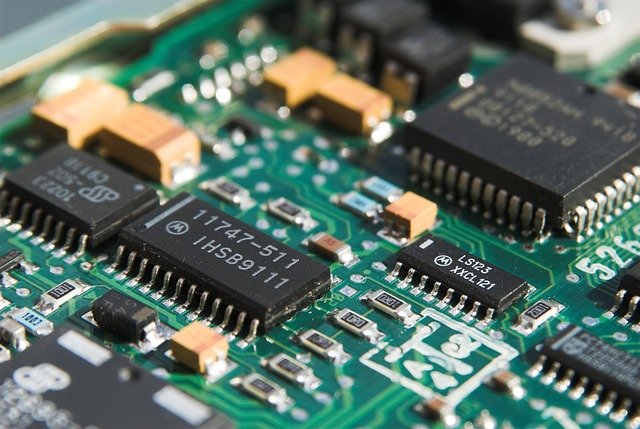 It is also possible to use FCT fixtures for the development and debugging of electronic circuits. They are a great help in reducing the cost while developing the hardware and firmware of PCB assemblies during the early, and later stages of development. In fact, FCT fixtures also help in the prototyping, development of software, and final production stages of a circuit board. Designers developing the FCT along with the PCB assembly at the early stages of prototyping can have better visibility of each subsystem. This is true even for medium-scale production of PCB assemblies.

FCT and Design for Test

An early prioritization of DFT or Design for Test offers benefits for development when engineers integrate PCB prototype design with FCT. A very common design for FCT is a bed-of-nails structure. It typically consists of pogo pins positioned to interact with test points on the underside of the PCB. This has several advantages over other methods of interacting with the circuitry during early development stages. Although it is possible to interact with tiny wires soldered to specific points, this may require a skilled technician and has the possibility of causing damage to expensive components. Using a pin board has the advantage of repeatedly using it for many purposes without causing any damage.

Using a bed-of-nails FCT with numerous test points early in the design process has many advantages for critical subsystems. Typically, the pogo pins placement follows a grid system, and this allows pairing a standard pogo pin board with separate control boards. This way, it is possible to make changes in these boards without modifying all of them. The designer can use the same pogo pin board throughout the prototyping process.

As PCB design tends towards miniaturization, using bed-of-nails can be a challenge, especially for alignment. An early plan for test point placement can be useful and worthwhile.

Designers can align pin boards with the device under test by a simple method. They can cover the test points with a layer of thin tape. Placing the taped board in the fixture results in the pins pressing against the tape, causing indentations where they touch. This helps to check the alignment of the pins and allows for adjustments if necessary. It is also possible to include headers on FCT control boards using breakouts, allowing measurement of connections with the PCB under test while it is in the fixture.

There are many ways of integrating the pin board with a specific PCB assembly. Typically, designers prefer a bottom-up design. This saves them significant amounts of time during testing, while allowing the best alignment possible. A ready-made press fixture is a great help for housing the bottom-up design, as it is possible to get an even pressure, thus ensuring an even contact with all test pads on the PCB under test.

There are other methods of functional tests also. One of them is the hot mock-up test for verifying the PCB is functioning as intended. More involved functional testing may involve cycling the PCB assembly through an exhaustive range of operational tests.

A functional test allows emulating or simulating the operational environment of a product for checking its proper functionality. The environment may consist of devices that communicate with the PCB assembly under test. For instance, the functional test may check the satisfactory operation of a power supply with necessary loads.

Functional tests subject the PCB assembly to a sequence of signals at varying levels of power. Monitoring responses at specific levels ensures proper functionality. Usually, the customer provides the test method, procedure, and sequence. With functional tests, it is possible to detect wrong component values, parametric failures, and functional failures.

Production line operators can use test software or firmware to perform functional tests automatically using computers. The software may communicate with instruments like IO boards, digital multimeters, and communication ports. Functional circuit tests often use software along with fixtures that interface several instruments with the PCB assembly under test.

Engineers develop firmware for the testing requirement using high-level computer languages like Perl, C, and or Java. The computer runs the firmware and sends commands to the controller. The receiving test panel then checks if the board under test meets or fails certain specifications.

Our customers rely on us to include functional testing as part of our PCB design and assembly services. This way, we can add considerable flexibility to our customer activity. As we provide a wide range of PCB product for an equally varied group of customers, we offer a wide arsenal of knowledge, expertise, and experience.

At Rush PCB Inc, our customers benefit greatly from our experience with functional circuit testing. We also offer our experience base and provide valuable suggestions relating to various reliability techniques and standards. This helps our customers evaluate their test options against our suggestions for the best test methods for improving their performance, quality, manufacturability, reliability, and cost.